This study is a library research method used in this research is descriptive analysis, this type of research is qualitative with the use of samples. The reason for the waiting list in the juridical aspect is that there is no solid juridical basis; philosophical and sociological aspects. The absence of legal protection arrangements for prospective Hajj pilgrims who are on the waiting list shows the norm of vacancy. The solution in the juridical aspect of the formulation is that there should be no additional principles for organizing Hajj, philosophical aspects, good Hajj implementation and prospective religious awareness of Hajj pilgrims must be straightened out, and sociological aspects can be done by: adding Indonesian Hajj quotas, that there is no misuse of fatwas on Hajj bailout, asked to perform Hajj only for those who want to repeat the pilgrimage, Muslims are able to be directed to alms, straighten Hajj intentions, increase the example of scholars and leaders, and separate the organizers of Hajj between regulators, operators, and evaluators.

Obs.: This plugin requires at least one statistics/report plugin to be enabled. If your statistics plugins provide more than one metric then please also select a main metric on the admin's site settings page and/or on the journal manager's settings pages.
P-ISSN 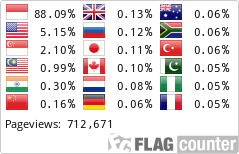