International Journal of Islamic Economics takes its responsibility to maintain the integrity and completeness of the scholarly record of our content for all end users very seriously. Changes to articles after they have been published online may only be made under the circumstances outlined below. International Journal of Islamic Economics places great importance on the authority of articles after they have been published and our policy is based on best practice in the academic publishing community.

An Erratum is a statement by the authors of the original paper that briefly describes any correction(s) resulting from errors or omissions. Any effects on the conclusions of the paper should be noted. The corrected article is not removed from the online journal, but notice of erratum is given. The Erratum is made freely available to all readers and is linked to the corrected article.

A Retraction is a notice that the paper should not be regarded as part of the scientific literature. Retractions are issued if there is clear evidence that the findings are unreliable, this can be as a result of misconduct or honest error; if the findings have previously been published elsewhere without proper referencing, permission or justification; if the work is plagiarized; or if the work reports unethical research. To protect the integrity of the record, the retracted article is not removed from the online journal, but notice of retraction is given, is made freely available to all readers, and is linked to the retracted article. Retractions can be published by the authors when they have discovered substantial scientific errors; in other cases, the Editors or Publisher may conclude that retraction is appropriate. In all cases, the retraction indicates the reason for the action and who is responsible for the decision. If a retraction is made without the unanimous agreement of the authors, that is also noted. In rare and extreme cases involving legal infringement, the Publisher may redact or remove an article. Bibliographic information about the article will be retained to ensure the integrity of the scientific record.

A Publisher's Note notifies readers that an article has been corrected subsequent to publication. It is issued by the Publisher and is used in cases where typographical or production errors (which are the fault of the Publisher) affect the integrity of the article metadata (such as title, author list or byline) or will significantly impact the readers' ability to comprehend the article. The original article is removed and replaced with a corrected version. Publisher's Notes are freely available to all readers. Minor errors that do not affect the integrity of the metadata or a reader's ability to understand an article and that do not involve a scientific error or omission will be corrected at the discretion of the Publisher.

In such a case, the original article is removed and replaced with a corrected version. The date the correction is made is noted on the corrected article. Authors should also be aware that an original article can only be removed and replaced with a corrected version less than one year after the original publication date. Corrections to an article which has a publication date that is older than one year will only be documented by a Publisher's Note.

The following guideline may also be helpful: COPE Retraction Guidelines 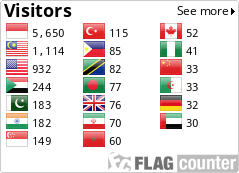