Al-Qur’an and Hadits are not other than a primary resource of law which can not be hesitated: also they have a symbiotic relationship between each other in determining the dictums of law. This article will elaborate the purposed of their relationship. There are at least four problems should be revealed: the case toward terminology of al-Qur’an and Hadits, the hierarchy of both, the function of Hadits toward al-Qur’an, and the elucidation of Hadits toward al-Qur’an. As the matter of fact, that al-Qur’an has lot designations, than also Hadits has not single designations, but it has some, such as al-sunnah, al-Khabar, and al-atsar. The most prominent function of Hadits in Islamic jurisprudence is to elaborate and describe the varied content of the al-Qur’an that is still global and multi-interpretation. This function can be understood because of the main task of the Prophet as the messenger was not other than elaborating and explaining all what Allah has revealed in the holy books to the universe. In the term of it wurud, al-Qur’an has reached the degree of Qath’i and different to Hadits which it level of isnad validation is dhanni except hadits mutawatir. Yet, seeing from the point of law or dalalah, al-Qur’an and Hadits are having an equal degree. 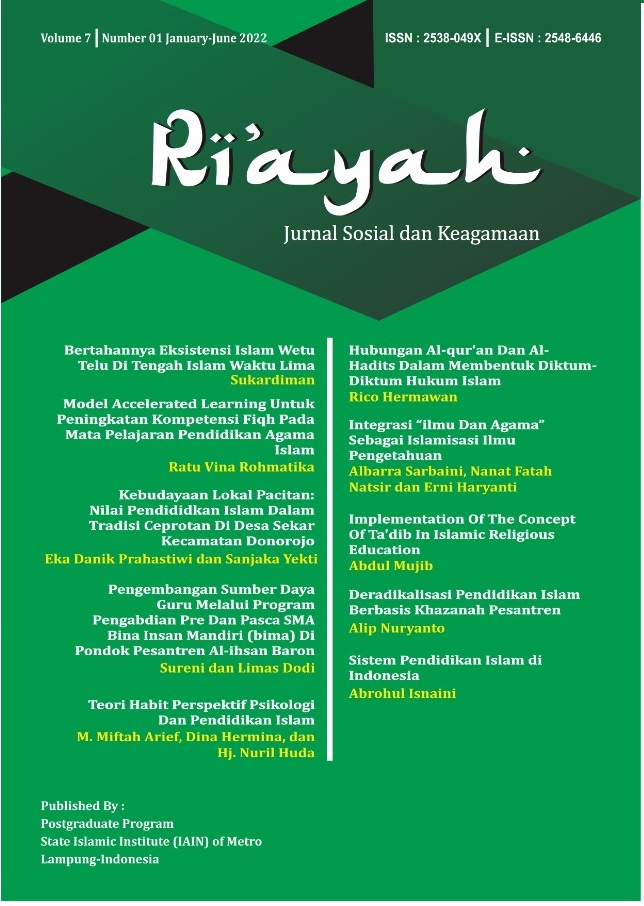