From the point of view of an economist, an individual is only considered "rational" if he tries to achieve his economic objectives in as many ways as possible. A rational consumer, for example, is a consumer who is trying to maximize satisfaction from the activity of its use. This is because the satisfaction to be achieved is not limited while the resources or capabilities that exist in these consumers in an effort to achieve that satisfaction is limited. As a result, humans are forced to search for and choose the best rules in their paradigm as an effort to seek the highest satisfaction. Therefore, if humans do not make efforts in the framework of the paradigm as mentioned then it will be considered "irrational". However, when referring to Western economic theory, consumer satisfaction depends only on the physical value of the goods used. A consumer will be able to add satisfaction if he can consume wealth as much as possible and with the best quality too. Among the examples of items that are commonly consumed are rice, bread, khamar, clothes, household utensils, and so on. The actions of a Muslim consumer can be considered irrational by Western economists if they assume that satisfaction can only be achieved from the physical value in the consumption activity of a good. If satisfaction is no longer limited to physical value but also includes the spiritual value of the item, then actually the Muslim consumer is still rational because he is still trying to maximize the level of satisfaction in a broader sense. Therefore, Madinah residents who discard khamar as mentioned in this article are actually still behaving rationally based on the values and principles they believe in. 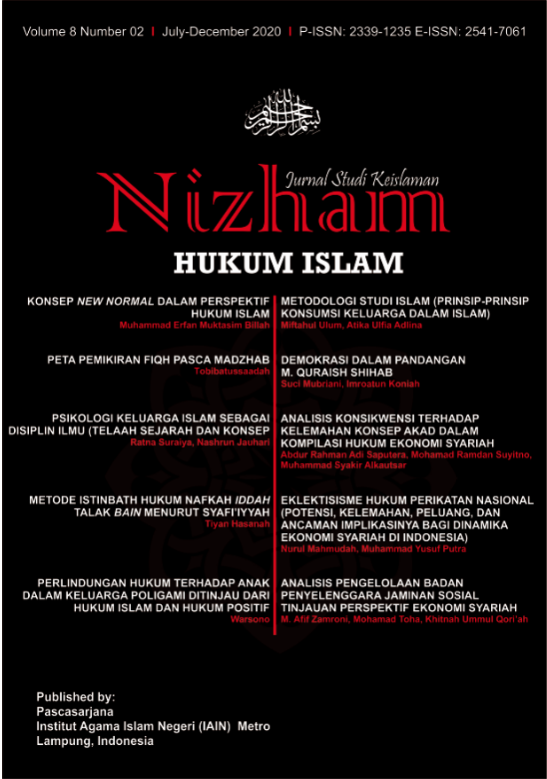 This work is licensed under a Creative Commons Attribution-NonCommercial-NoDerivatives 4.0 International License.

Our Visitor View Our Stats